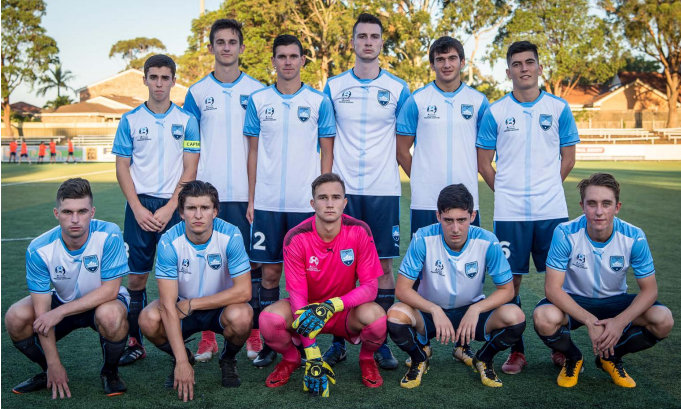 A couple of big defeats and only 4 points from 5 games mean that the first grade team continue their struggles from the rest of the season with 17 of 22 games now played. At the end of June the first grade sit bottom of the table, 4 points behind Manly. The U20s, however, are only one point off the pace in the three-way race to win their competition. The U18s also remain in the fight for the title, second only on goal difference. Read more about these things below.

Notably, McIlhatton continued his great form from last month into this month as well, providing a lot of forward impetus and great runs. He is a very impressive player to watch, always running into good positions and making things happen. It will only be a matter of time before he makes the step up to the first team.

Cameron Devlin is also worth picking out. He joined our academy last year from the Wanderers academy and he brought with him a great deal of technical ability and a good ability to read the game. He also managed to pick out the above Sam McIlhatton for the first goal against Bonnyrigg. Devlin’s great play was rewarded with a first goal for the first team this season, even if it was the consolation goal against APIA in the Lambert Park derby.

The game against Bonyrigg is worth watching at the link above. We went down to 10 men early on due to a red card, and Bonyrigg equalised, but the boys dug in and managed to score the winner. Duro Dragicevic in goals was particularly impressive, pulling off some great saves. It was probably the best performance he has put in for quite some time.

The games in July are:

After a slightly rougher patch last month, where I also wrote them off a bit, the U20s have had a great month, only dropping 2 points across the 5 games. A 7-0 walloping of Sydney United really putting the icing on the cake, with all 7 of those goals coming from different players, many of whom have made appearances in the first grade this year. The U20s are really title contenders now, with the win over league-leading Sutherland bringing them back into contention.

The absolute stars of the academy have been the U18s, who picked up all 15 available points in June. They are neck-and-neck with Blacktown City for the title and the clash between the two on 4 August is looking more and more like it will decide things.